Kourtney Kardashian had her man, Travis Barker, by her side while hosting her family’s annual Christmas Eve bash in 2022 at their Calabasas home! The event also marked Kourt and Travis’ first holiday season as a married couple this year! It’s no secret that Kourtney is a BIG fan of Christmas, and she definitely looked holiday ready for the occasion. For the Christmas Eve celebrations, Kourtney looked stunning a white tulle gown. The ab-baring dress featured a scrunched flower embellishment and a sheer skirt. Her sharp bob was slicked behind her ears and she rocked a vampy lip.

The eldest KarJenner sis took over hosting duties from her mom, Kris Jenner, and partnered with Mindy Weiss to created a magical evening featuring dark red decor. Earlier in the day, Kourt showed off some of the decorations and fake snow on her Calabasas property, as she celebrated her step-daughter, Alabama Barker‘s birthday. While Kourt and Travis didn’t have any photos together from the event (yet), the rocker appeared to be there as he shared some photos of the decor on his IG stories. One of the pics Trav posted was of the fully-clad Santa in attendance, who was surrounded by presents for all the guests! Kourt’s daughter Penelope also seemingly matched her mom in white, as her aunt Khloe Kardashian gave fans a glimpse of her equally-angelic look!

Since tying the knot in May, Kourtney and Travis have blended their families and started their life together. Kourtney shares three children — Mason, 13, Penelope, 10, and Reign, 8, with her ex, Scott Disick, while Travis has two kids with Shanna Moakler — Landon, 19, and Alabama, 16 — as well as a stepdaughter, Atiana, 23, from Shanna’s previous relationship. At one point in their relationship, which began in Oct. 2020, Kourtney and Travis were trying to have a baby of their own, but they eventually paused IVF treatments in hopes of conceiving naturally.

Going through IVF in her 40s was draining for Kourtney, and she was open about the experience. “Finally started getting my energy back 10 months after stopping IVF,” Kourtney wrote on Instagram earlier this month. “For anyone else going through it, it gets better!” It’s unclear where Kourtney and Travis stand in their pregnancy journey right now. However, two of Kourtney’s sisters, Kim Kardashian and Khloe Kardashian, have surrogates after they had trouble conceiving naturally. 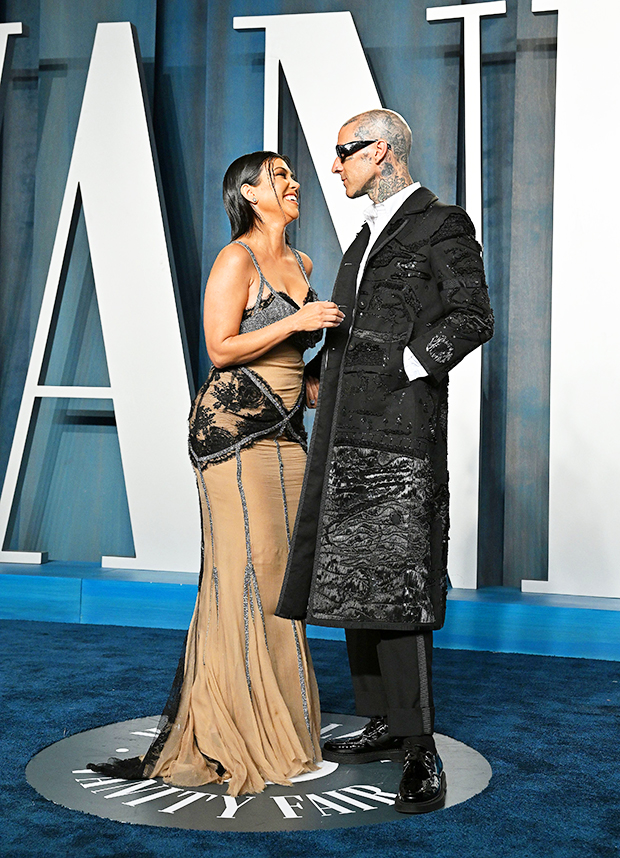 It’s been quite a month of celebrations for Kourtney’s family, as her two sons, Mason and Reign, both celebrated birthdays back on Dec. 14. It was a milestone year for Mason, who turned the big 1-3. Scott threw him a Bar Mitzvah to commemorate the occasion, and Kourt and Scott were both in attendance at the event. Although the two aren’t on the best terms with one another since Kourtney and Travis got together, they have found a way to co-parent amicably since their 2015 split.

4 Editors Put Them to the Test

Virginia Parents in Uproar Over ‘Satan Club’ As Lawyers Say It Is Permissible: Report